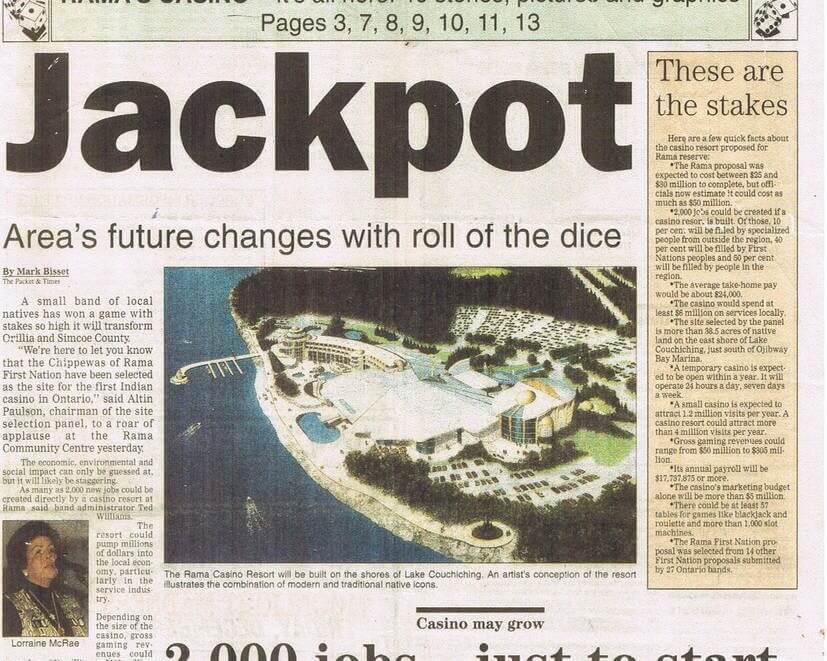 Hendrik op ‘t Root Architect Ltd. was involved in the preparation of the design, in camera presentations, and infra-structure analysis. This submission was part of a competition which native tribe would be permitted to host the first aboriginal casino in Ontario.The all inclusive proposal by a Casino Operator including the design was presented to the Aboriginal Gaming Commission, and later the OLG.The Rama Tribe was the successful bidder.The design located the casino at Lake Couchiging. The theme was organic. The design was based upon a “turtle” representing mother earth….The actual “Interim Casino” was located on an inland industrial plot, which later became the permanent site, when a hotel was added.